Reinforcement, thought leadership, announcements
and blogs from the MOR team.

It is a great time of year for believing. Believing is inspiring, empowering, magical.

In our work believing is something we practice year round. MOR was founded on the core principle of believing in others, believing in the contributions they can make and capabilities they have. The belief that anyone, regardless of title, role, or rank, can lead from where they are. No one embodied this belief more than our friend and teammate, Rick Fredericks. Rick passed away last week after his lengthy and challenging fight with ALS. As we process this loss, we are also pausing to reflect  on all that we have gained from him.

I’d like to share with you the lessons learned from Rick about believing in others, and how to do it, really do it, so the “magic” stirs rising belief in the other person. Supporting others deepens their belief in self and grows their confidence.  It is one of the greatest gifts we can give to others. We see it happen often.  That seed planted and nurtured can grow into the most inspirational and transformational outputs. Though the four simple words “I believe in you” can seem simple to say, to help make them really stick is a process. It starts with acknowledging that believing doesn’t emanate from a single source, like gravity.  Rather,  it is more like an ecosystem. Rick was the beneficiary of others believing in him as well.

This story deserves a quick shout-out to Brian McDonald, MOR’s founder.  In our leadership journeys, we all have highs and lows. It was in one of Rick’s lower points that he crossed paths again with Brian. Brian believed in Rick. Brian modeled a long term kind of believing in Rick. Their relationship and friendship was beautiful. When self-doubt arose in Rick, Brian was there with coaching and support. When Rick was learning, growing and approaching his learning edge, Brian was there with a new opportunity and encouragement. When Rick could only type with one finger, because ALS was ravaging his body yet his mind still had much to offer, Brian was with him, by his side partnering on projects to which he could contribute. And as those around Rick, his family, the MOR community, continue to try to navigate all of this, then and now, he was and is right there, supporting and believing in us all.

This past week saw an outpouring of kind words and praise acknowledging Rick’s belief in others coming from Stanford, Nebraska, Indiana, NYU and a number of places in-between.  As a MOR team we’ve reflected on what we learned from Rick and how we all might embrace his approach and pass it on. This would be what Rick would have wanted. Rick modeled and imparted many lessons. Below are lessons from many in the MOR community about Rick’s exceptional approach to believing in others.

Though a great facilitator who could lead a room, Rick’s persona was extremely humble and quiet. Once you got to know him, even a little, you always wondered if he was counting the hours until he would be back in the woods, hiking by himself, camping, or canoeing in the streams of New Hampshire. Yet he always leaned into connecting with others.  He was always fully present, you felt like you were the only person who mattered at that moment. I suspect reaching out was uncomfortable for him at first, yet, he committed to this practice of initiating and inquiring. And with practice he got really good at it. It became part of who he was.

He always made time to connect. He started there, with all of us. He got to know you as a person first. He displayed an authentic curiosity, inquiring about our interests, our stories. This created the beginnings of a safe space, trust.

The questions and curiosity would eventually drift toward the leadership journey ahead. As he learned about our desired future states, he saw and helped us see the potential we had, often unrealized. In this context, questions were his tool of choice, often simple ones, but powerful. Why not? Who can do that? How do we get started?

Our potential, and believing in ourselves, is often hindered by seemingly immovable obstacles. Rick was really good about “getting to the heart of it.” Believing in others is not about avoiding the hard stuff, in fact, it is an absolute necessity if this belief is to ever transfer across to the other person.

Bringing up seemingly uncomfortable topics and asking the hard questions is not easy, but let’s rewind and remind ourselves of Rick’s approach thus far. He built trust as step one, he created shared vision as step two. We can do this with others. And if we can do that, it allows us to extend the invitation to be a thinking partner with the harder topics. Rick did not come with advice, though he would have perspective if you asked him for it.   After holding up these obstacles to assure we both saw them, he would give the floor to us, and he would listen, in his non-judgmental and non-threatening manner. A thinking partner as we navigate through a haze seeking clarity, or at least an initial step, over, around, or right through this obstacle. That “magic” needs to come from within.

Let’s go back to the concept of believing as an ecosystem, a learning, growing thing, versus a static single source. One of the many things admirable about Rick, though he was a source of expertise and incredible intellect in this work we do, was his commitment to taking time to think. He took our potential, our obstacles, and our stories with him into the woods and streams of New Hampshire. He built practices to fuel his own continuous learning. As we connected with Rick over time, though he looked the same, maybe even a bit humbler and more unassuming each time, he was growing. He was unfolding our stories for the next time we met. He would be ready for us, each time.

For Rick, he loved this simple triangular relationship between mindset, skillset, and toolset as a frame for thinking about the personal development work we do. As he learned more about each of us, he would guide us down whatever side of the triangle we needed. Meeting each of us where we were. In some cases he would offer a statement or mantra that was simple yet profound and would stick as a guide for our evolving mindset. He researched to accumulate a bag of tools he could share. These tools gave us a pathway forward, even when we could not see where it would eventually take us. He helped us gain clarity on where we should be spending time and energy, where we should be developing our skillset. His agile approach around this triangle was supported by his ongoing positive encouragement. Knowing someone has your back, believes in you, as you move down any of these paths, brings great momentum.

I will leave this reflective post with a request. Whether you were a direct beneficiary of Rick’s belief in you or you’ve ever had someone believe in you along the way, as we enter into a new year during a continued unprecedented challenging time, take these steps and process to share your belief in others. These are stressful times, let’s support others by building an ecosystem of believing! Start small if you must, but start. Identifying a person you believe in, and connect.

Here’s to believing! Believing that we can all master this craft, that this idea of believing in others can become part of who we are.


… In memory of Rick Fredericks … 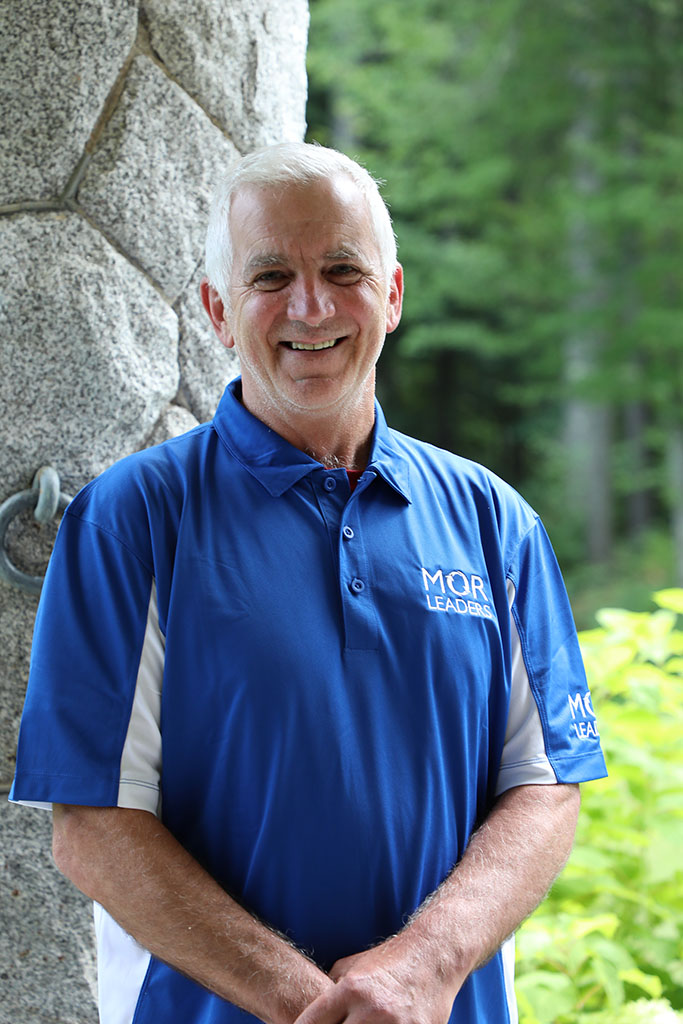 If you are moved to share a lesson, a story, a tribute about Rick to share with his family, we are planning to prepare a booklet. You can submit a contribution here.

We are contributing to The ALS Association and others that feel moved to are also welcome to in honor of our friend.

Some inspiration from Rick: https://ajourneytonoregrets.com/